Admittedly not quite how the Hippocrates saying goes but food is certainly a way to help our bodies repair.

I’m more or less now fully back up and running after Sunday’s marathon and it’s probably the quickest I’ve got on my feet following a 26.2 mile effort. I promised I was going to tap into some valuable lessons learned from previous marathons this time round and nutrition has been a really big focus as part of that. Here’s just a selection of the things I’ve thoroughly enjoyed this past few days – with some guidance on what makes them tip top choices – whether you’ve run a marathon or not.

On crossing the finish line I made my way to the bar. Large bottle of sparkling for one, ice, fresh lime and a protein shake. This one specifically was Maxitone’s Definity Chocolate Toffee flavour mixed with coconut water (for fruit sugars and electrolytes) and some organic milled flaxseed (for fibre and to stop too much of a spike in blood sugar from the coconut water). 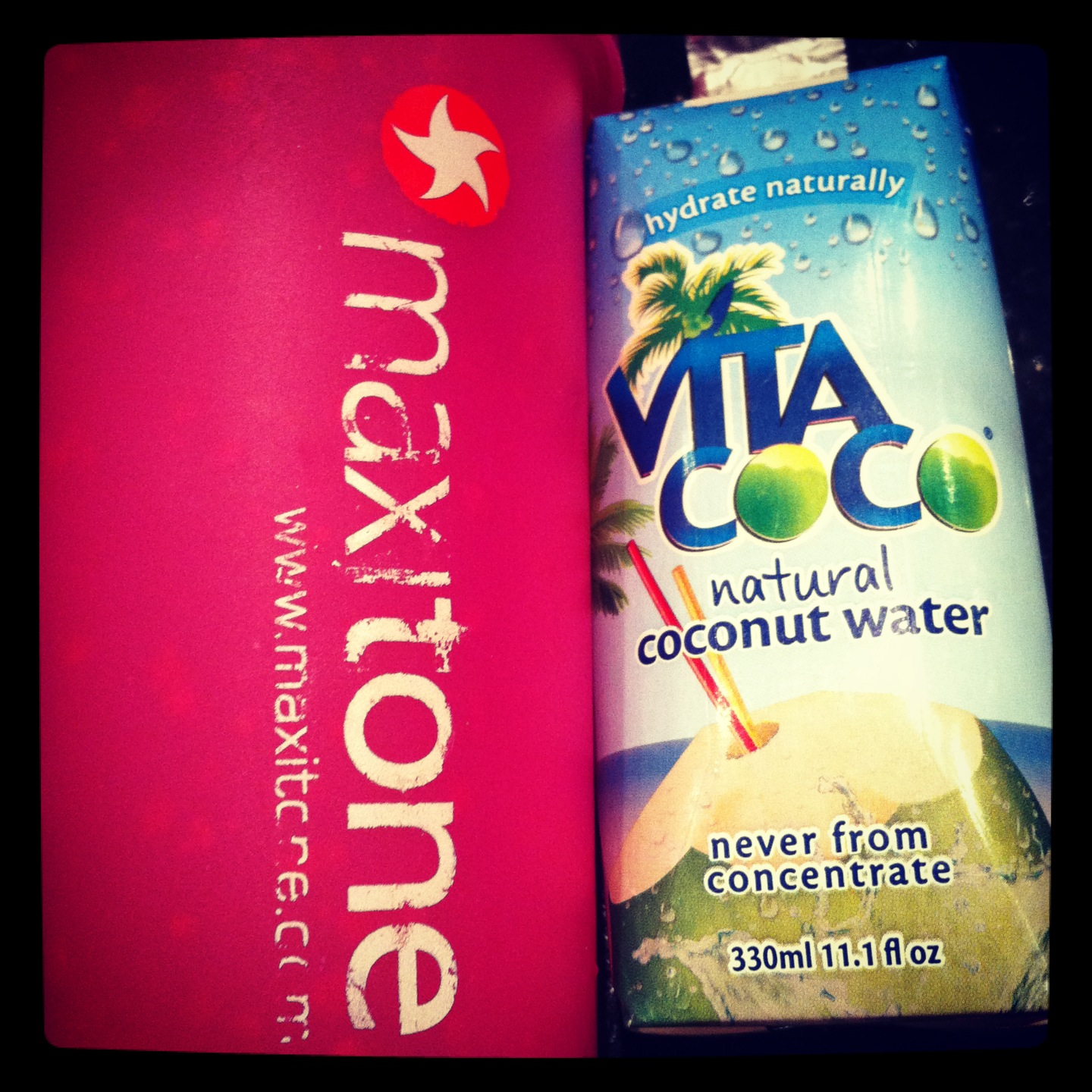 The post marathon cheat choice of champs followed – some protein and carbs if nothing else… Washed down with two glasses of champagne. A truly divine end to the day. 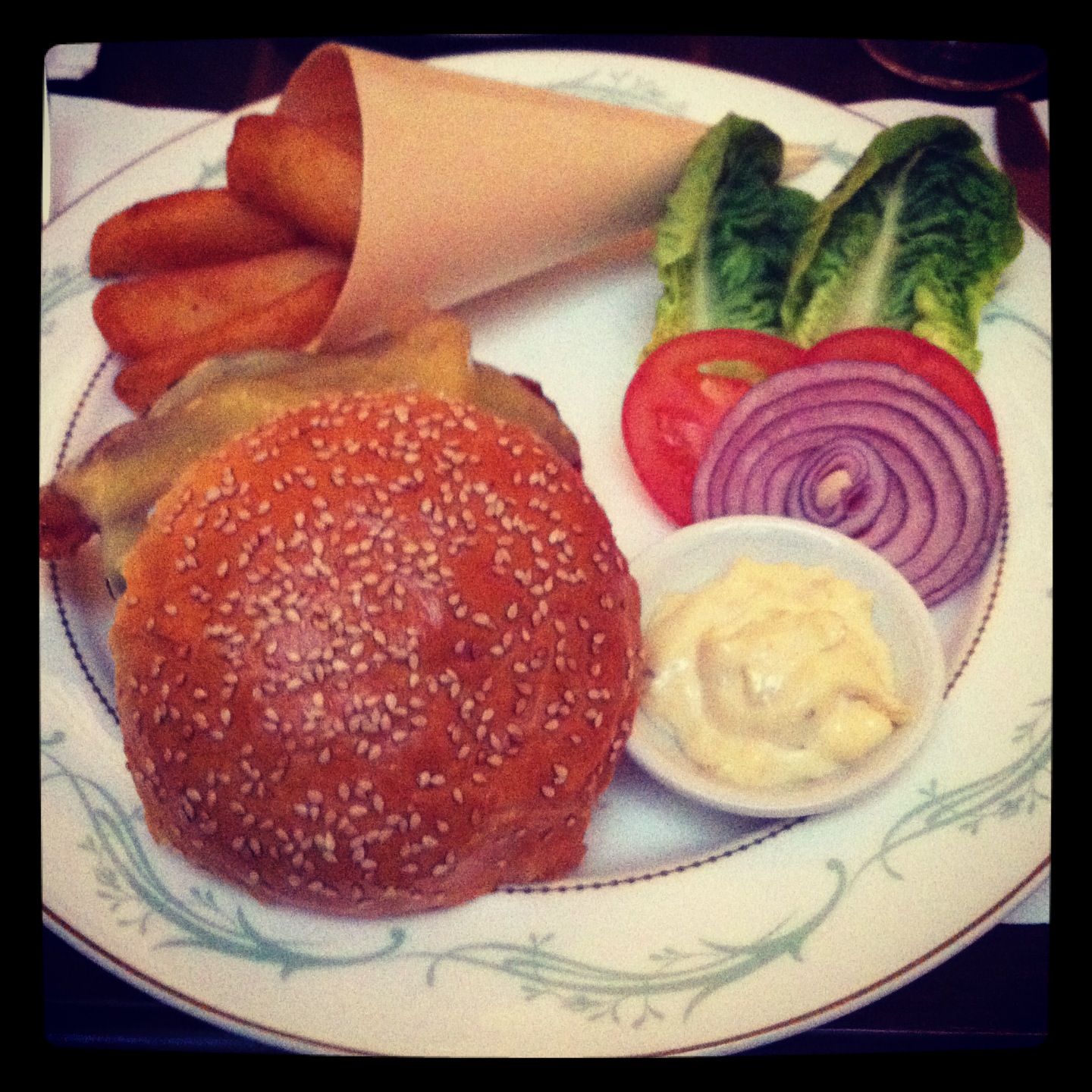 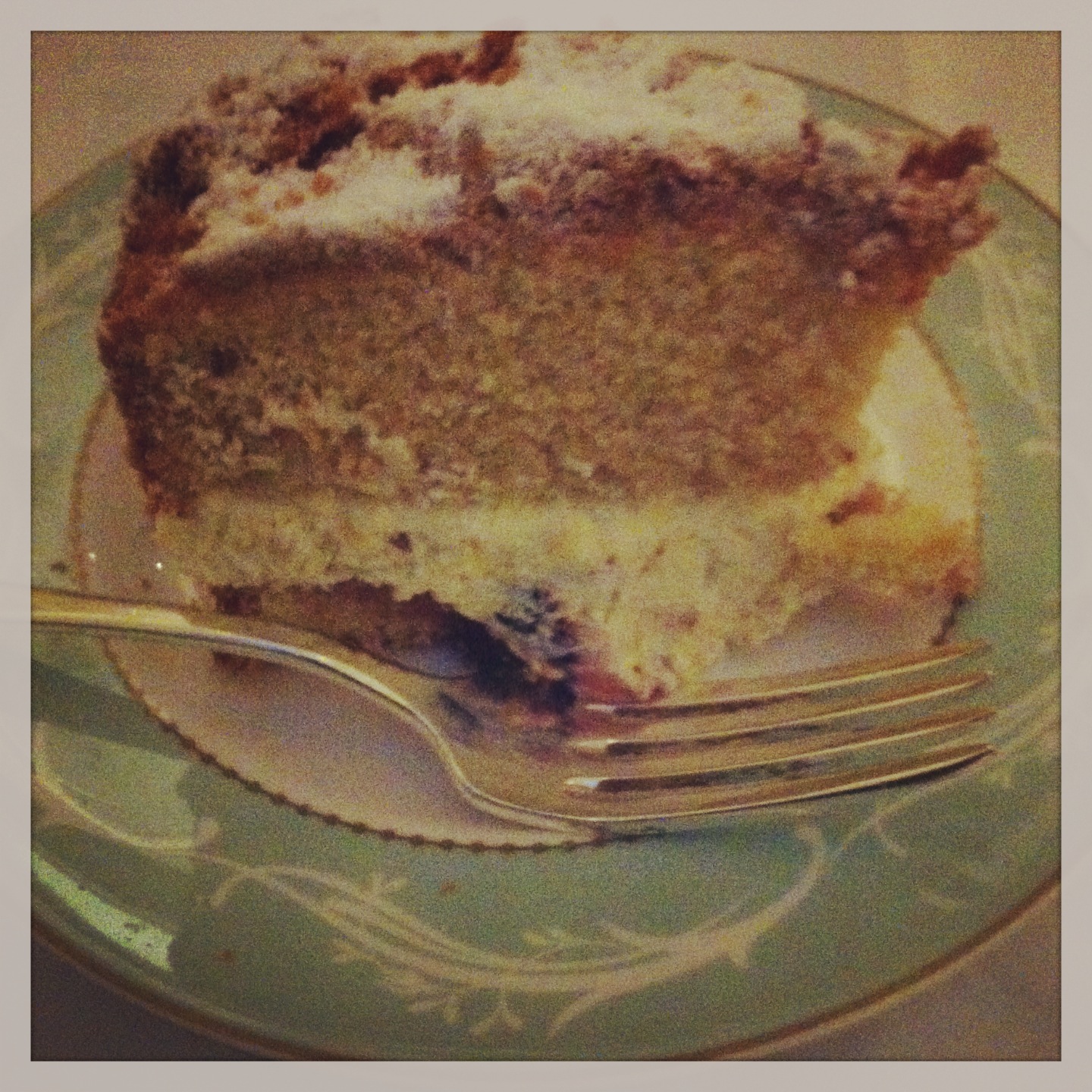 Breakfast is a really big deal. Never less so than the morning after a marathon. Rather than paying over the odds for a central London hotel breakfast we hobbled along to Leon. When it comes to good food on the go these guys are amazing. They offer some incredible whole food choices all served up with tonnes of imagination and a smile. 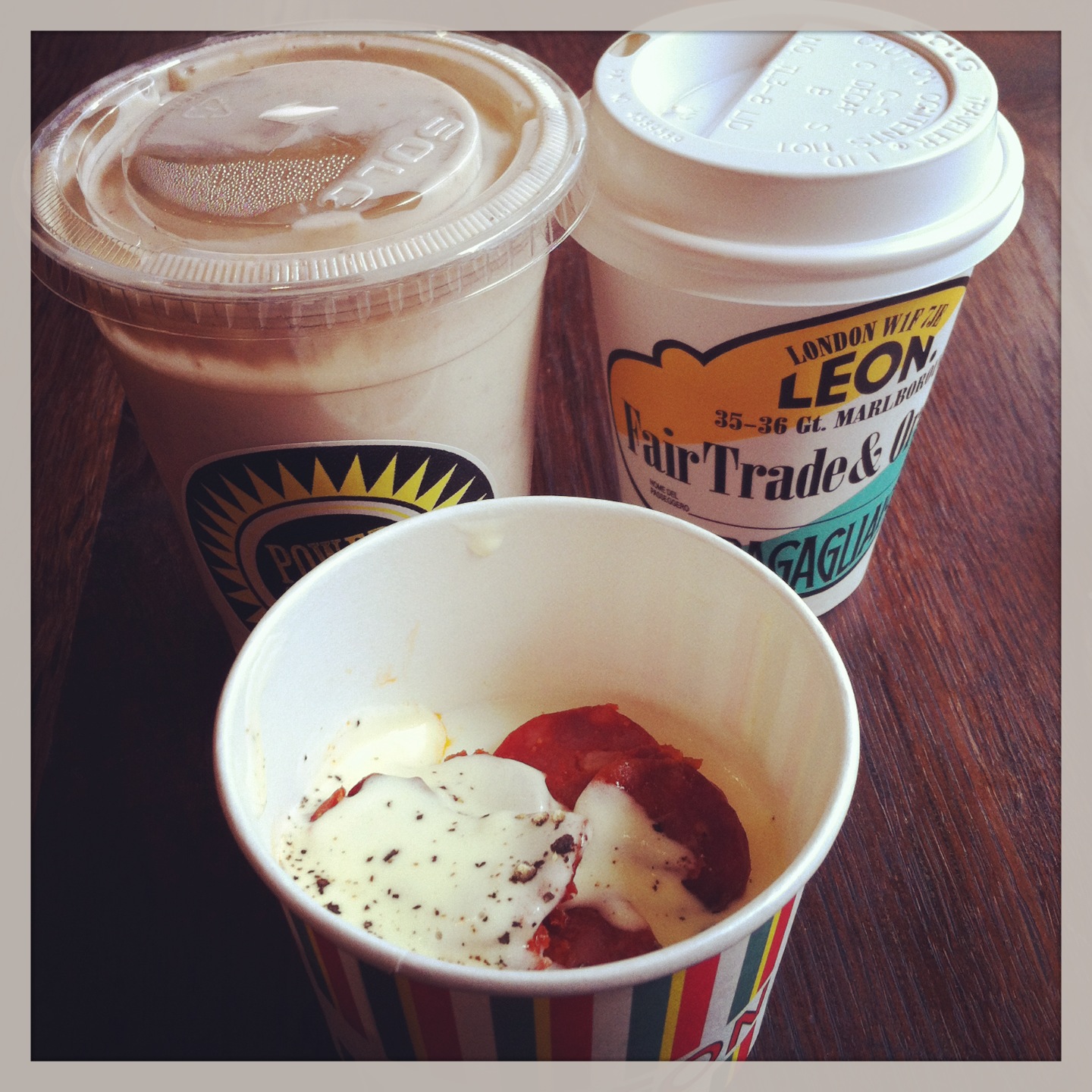 I went for one of the resto’s infamous Poached Egg Pots for that first protein hit of the day; a fat burning, tiredness bashing black coffee and a real treat of a Banana Power Smoothie. I have to have really earned a smoothie – I love them but they’re calorie-laden and never a first choice at breakfast given I want to set myself up with protein and not carbs for the day ahead. But if you can’t have a smoothie the morning after 26.2 miles, I’m not sure when you can. It’s not featured here but such was the immenseness of the Poached Egg Pot I greedily went back for a second which was the Full English Pot.

I’ve now notched up a good 1,000 odd cals here so it was time to get to work. Please don’t judge the lunacy that was the hotel room-based recovery work out that went something like this: 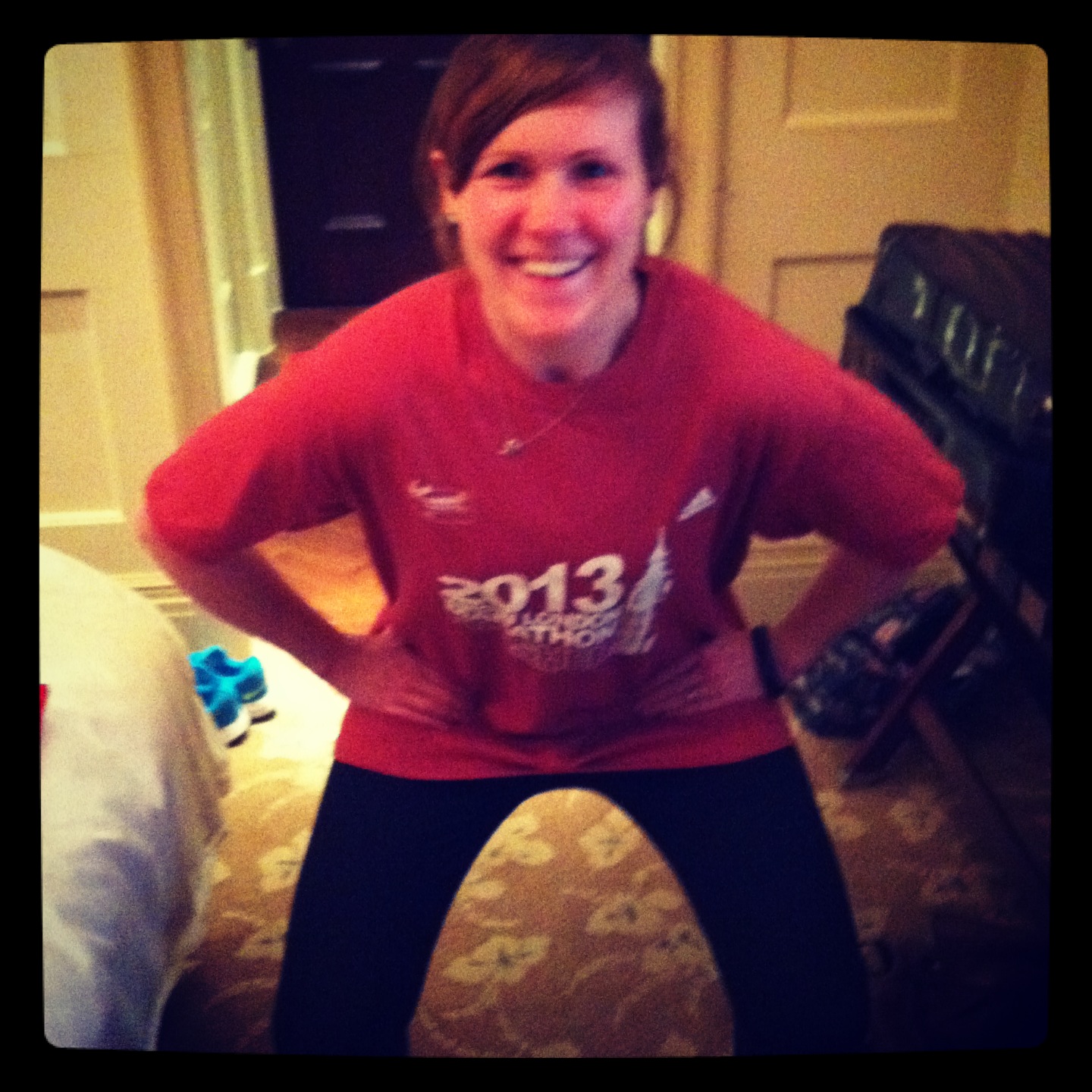 Lunch aboard the train care of Itsu. I love Itsu and especially its sushi. It used to be a pay day Friday celebration several years back but has featured far less as I’ve kept a closer eye on my carb intake. I also stopped eating white rice considering it inferior to brown but interestingly learned from Fitter Food’s book that white rice is actually preferential to brown as removing the wholegraon means it is less likely to hinder the absorption of vitamins and minerals – I still need to look into this in more detail however. 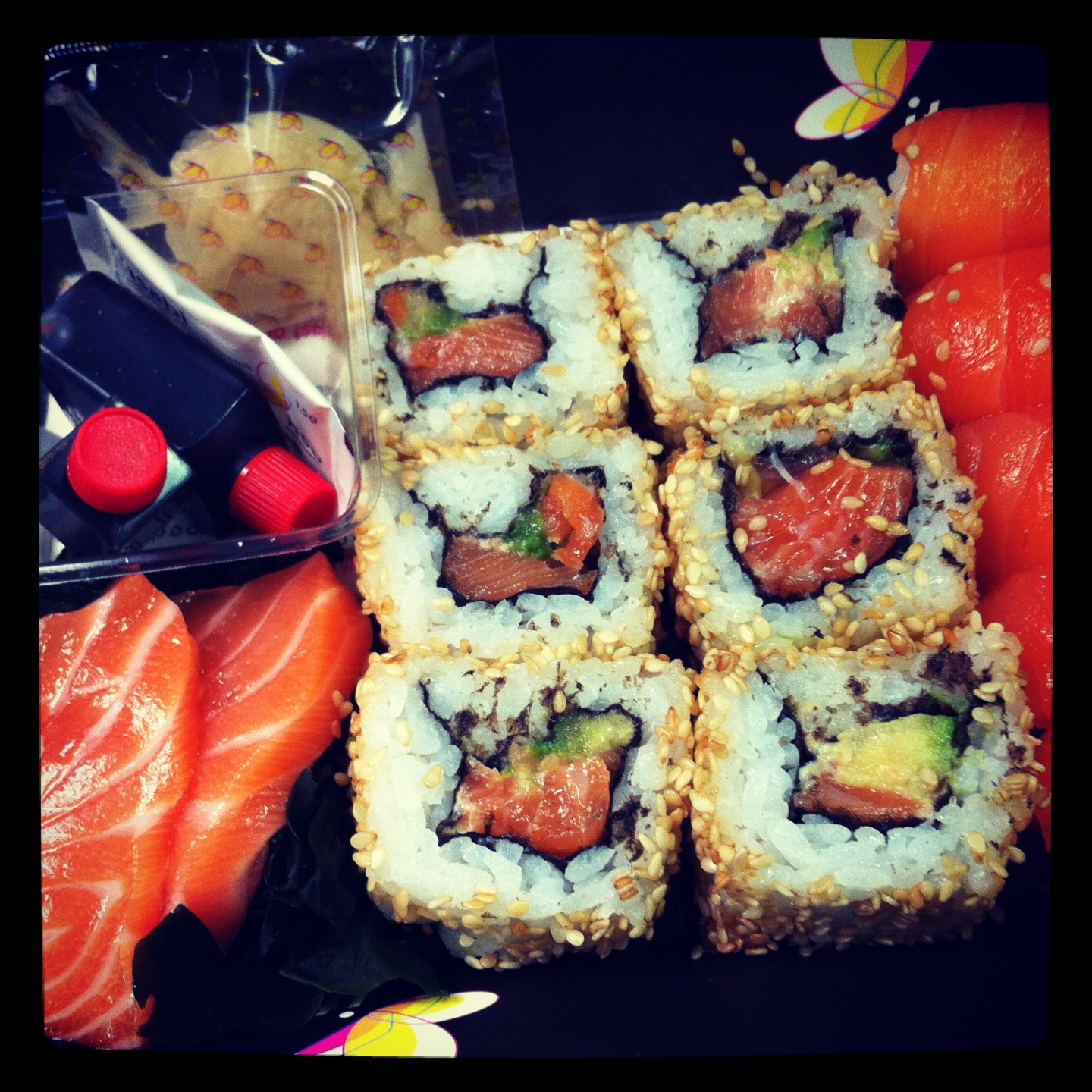 I love my Dad dearly. Not least of all for when he’s at the teashop within his hotel and cleverly thinks to himself his eldest daughter isn’t going to want a big slice of cake, but instead will love these antioxidant-rich fellas: 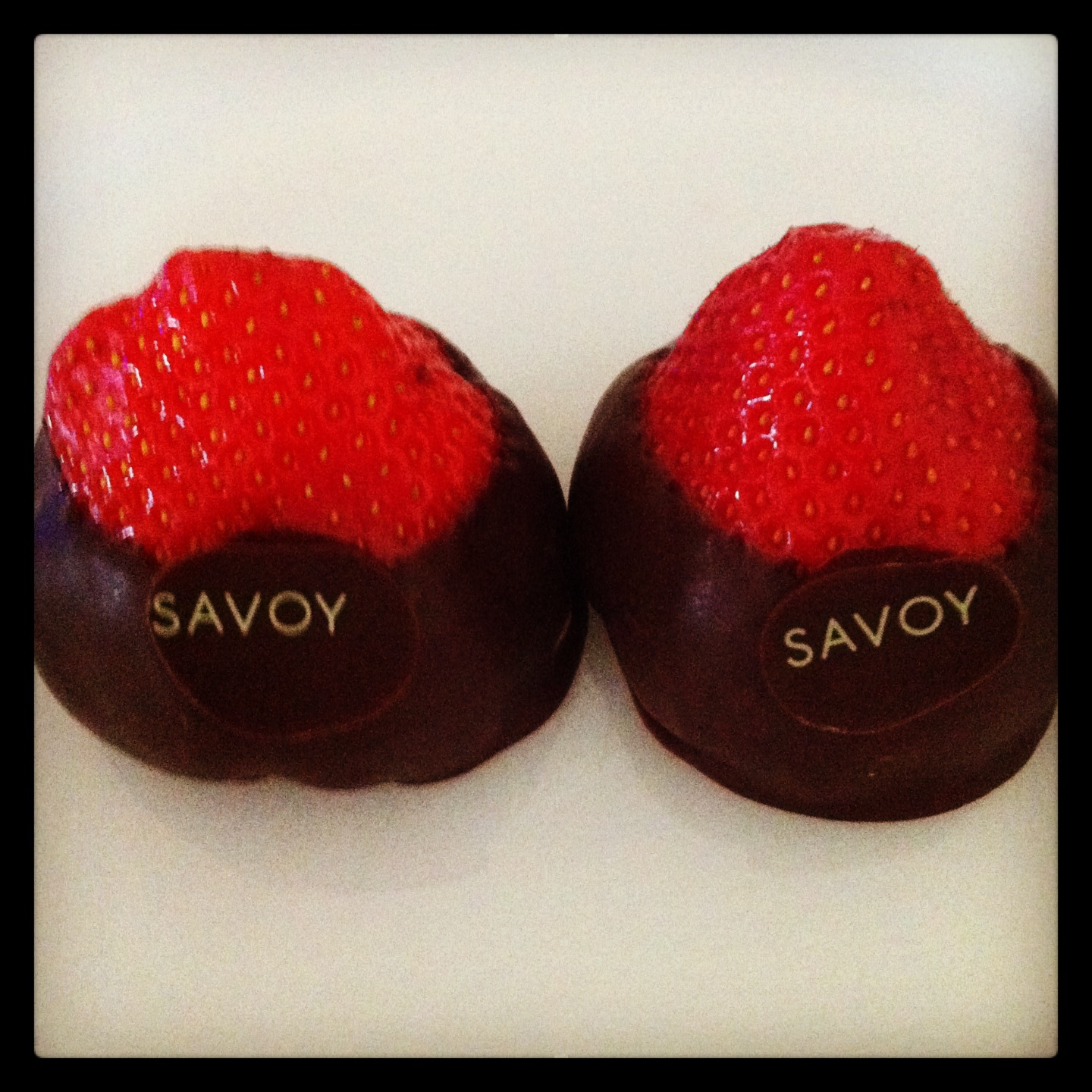 Supper was a trip to the local Indian which actually does a fantastic selection of grilled tandoori meats that are nicely paired with a spinach side dish. Guilty as charged however on two poppadoms but I did pass on the Naan.

I stopped drinking pre-marathon on April 1st and had this beauty lined up for my return home. The one large glass didn’t disappoint. I love Pinot Noir for its smoothness and drinkability but also because I learned from Jonny Bowden that it’s apparently the blend that contains the highest amount of reservatol – claimed to support anti-ageing. 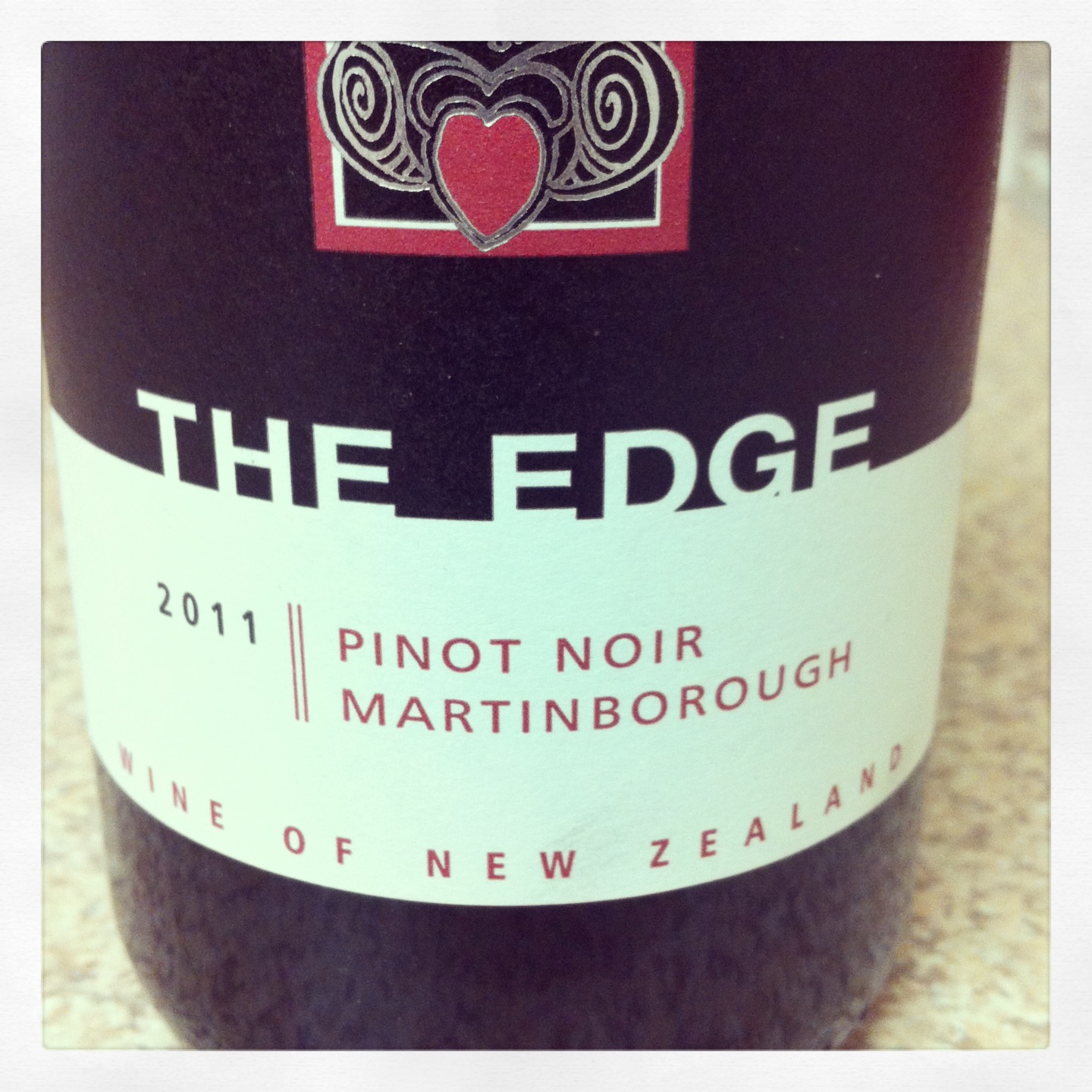 Because I’d made wise choices and treated myself at the same time, it was really easy to get right back into my groove once back at home. I’d given careful thought in advance to where I’d get my ‘food on the go’ from and ensured that I had enough supplies in stock for my return. Alongside a consistent 8 hours sleep a night, I’d had plenty of protein that supported my muscle repair too.

Paleo pitfalls – and how to overcome them