Becoming a Mother without your Mother

There are 15 comments on the post! Want to get involved in the chatter?

Around the second anniversary of Mothership’s death, unbeknown to me, Andy wrote me a letter. Not only was it a truly beautiful gesture but it captured everything I felt –  and felt I needed to say – but simply didn’t have the energy to do so. When Andy presented the letter to me, tears rolled with every paragraph. But not tears of sadness. Tears of relief and reassurance that we’re going to be alright. And, wherever she is right now, Mothership (along with so many others) will do her best to make sure of that.

To me, from Andy.

I’m not sure if I’ll post this, or even share it. But I thought I’d write it nonetheless.

It’s going to be soppy. You hate soppy.

You also hate public, hence my doubt that it will be shared.

I’m calling this ‘Letter to the Urchin Grower’ and it’s for you, my wife, for the things I probably should have said yesterday but didn’t. Not because I’m horrible, just because I wasn’t sure you’d have wanted to hear them…

Yesterday was the second anniversary of your Mum’s death and, as is your way, you put on a brave face.

Actually, you did more than that. You put on a super-dooper-mega-amazing-can’t wipe it off your face-bring it on world-smile. And kept it there. All day.  Through the terribly timed exam that you absolutely bossed (89% – truly brilliant). Through the lunch with your dad and sister, which brought up many lovely shared memories. Even through to the 10:30pm wake up from a husband who came in cold and wet from footy training determined to tell you how terribly he’d played, despite the fact that you’d hoped to be asleep about an hour ago.

This smile was, I imagine, tinged with sadness. We’ve got this awesome secret, and this huge challenge ahead of us, yet the person that I’m sure you’d have wanted to share it with most isn’t around.

As a doctor your mum was pretty no-nonsense. I remember fondly how annoyed you and your sister would get when your mum gave me sympathy for one of my, admittedly fairly regular, minor ailments when this had been in short supply growing up. She didn’t do sympathy – she did sense. And sense would be pretty damn handy right now, as we both grapple with impending parenthood. She helped goodness knows how many local families to bring their children into the world and find their feet as parents, yet she’s not going to be around to do the same for us. 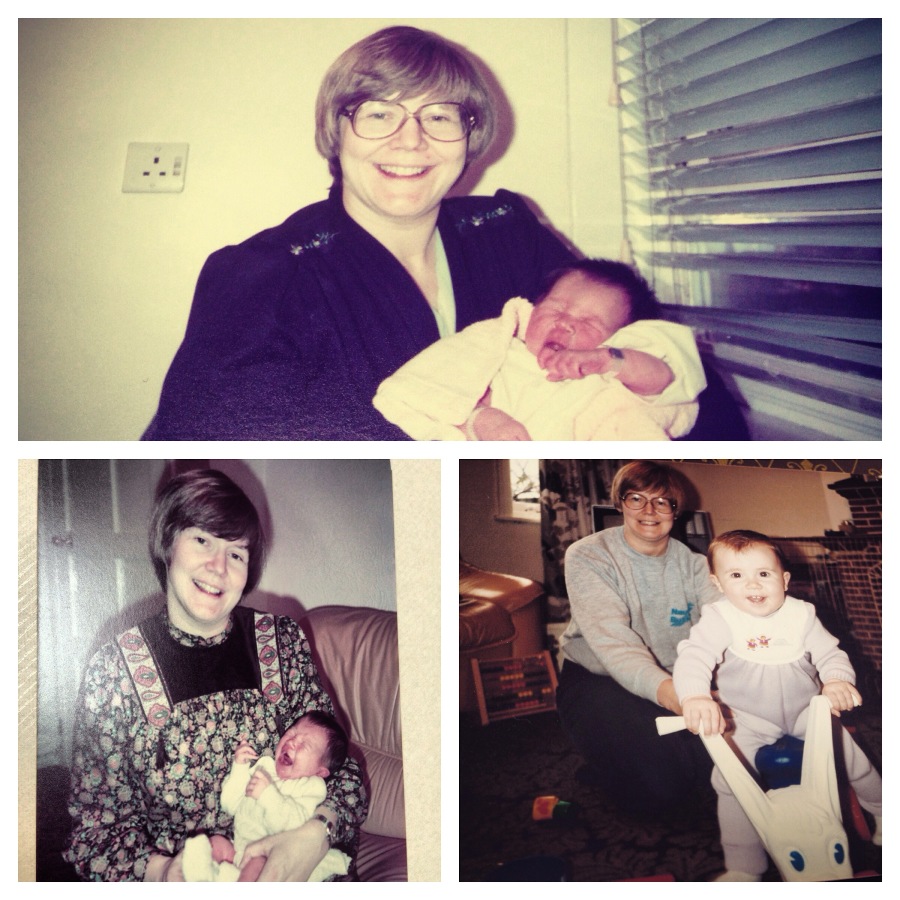 I’m writing this letter to tell you that I understand how horrible that must be. And how unfair it is.

But also to reassure you that you’re going to be an amazing mum. One that your own mum would have been proud of.

I imagine things will be very different for our child than they were for you and your sister. For one, the poor beggar won’t be allowed access to nearly as many sweets! You’ll also probably be a lot less useful in a medical emergency. And totally unable to read a book without distraction. On the flip side, what you lack in your mum’s common sense, you gain in compassion and all round mind-blowing enthusiasm. Things will certainly be noisy in our house, and that’ll just be you!

You’ve got loads of people around you who will be desperate to help. To repay the countless kindnesses, wonderful gestures and thankless things that you’ve done for them. Some might give you bad advice, some might give you advice that’s worth listening to, as I’m sure your mum’s would have been. No one will replace her, of course, but we’re going to be alright.

Your dad will give his everything to help us, as he has always done. This may be akin to a bull in a baby-filled china shop, but it’ll be welcome and amazingly funny in equal measure.

Your sister will be on hand to tell you to get a grip. Stop being mental. Pull yourself together. Pretty much everything your mum would have said to you. Think of her as an external consultant, in a purely hands-off role.

I’ll be around (stop laughing!!!) and perhaps prove handy once in a while. I certainly don’t plan on going anywhere, other than to hide somewhere at those times when you will inevitably lose your rag with me. And to take the urchin with me when you need a break from him or her.

Most people go on this crazy scary journey with an experienced driver giving them tips from the passenger seat. We don’t have that, but we’re driving a fricking Monster Truck so we can smash through anything.

We’re going to be alright, aren’t we?