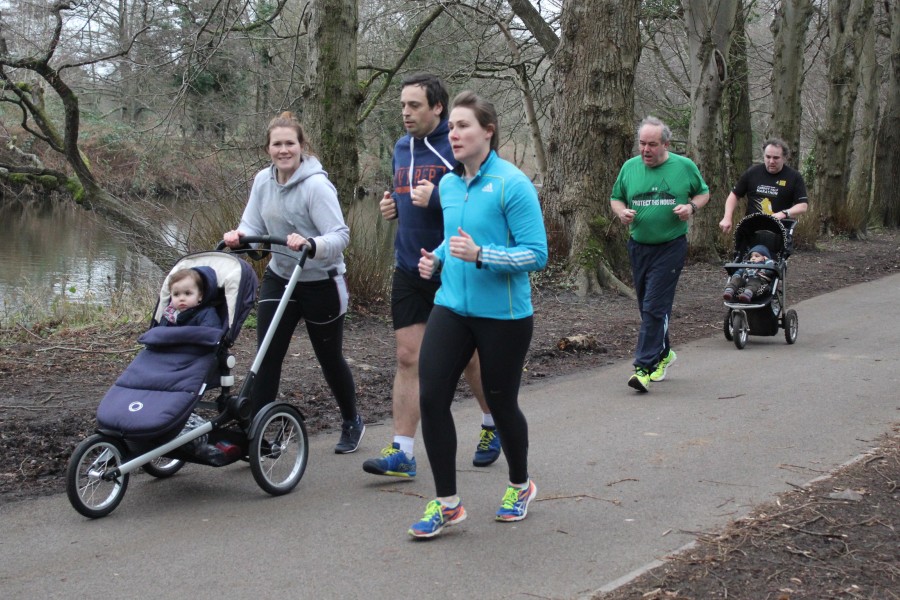 Pregnancy is full of the most beautiful day dreams about parenting. Whilst I haven’t met a single parent-to-be that doesn’t anticipate changes or struggles, there is a painful amount of naivety involved. When you become a parent you realise, more or less as soon as the umbilical cord is cut, even the very best laid plans go awry. Along with about nine million thousand other things, exercise plans can often take a hit.

Pre-conception, I ditched the high intensity exercise and during pregnancy opted for some weekly yoga and an awful lot of walking. It certainly suited my hormones better and the time was right to hang up my runners for an indefinite period of time.

Throughout pregnancy I was committed to being kind to myself but knew I’d be miserable if I wasn’t keeping active and hovering about the same sort of dress size that I was previously once our daughter had been on the planet for a decent amount of time. I got back into some sort of shape relatively quickly, but not via means I’d ever intended. February 2016 was one of a severe bout of Bronchiolitis for our 5 month old baby. Daily, for the duration of the month, we alternated between A&E, out of hours and the GP. The worry burned half the fat and choosing bedtime over dinner, knowing anything past midnight was going to be relentless coughing induced fit of sleep deprivation, saw off the rest.

I’m a non-believer when it comes to religion but I sign up wholeheartedly to the whole “everything happens for a reason” thing. I frequently high five the universe for giving me little signs to guide me along the way. When your office is just off the nursery department and there’s an ex display model running buggy on sale for nearly a fifth of its retail price it’s basically telling you to reinstate your Runner’s World subscription, dust off your Parkrun barcode and get lacing up those daps again at once.

“Oh here comes the rain…” I said. Sort of as a half excuse but willing it to stop. Pulling on my sports bra again gave me butterflies. Much like my first day back in workwear for a new job after maternity leave, it was such a welcome return to part of The Old Life.

The drizzle made little difference as we loaded up the car and headed to the Parkrun course. There’s about a gazillion steps of admin involved and skimmed over here, of course, but it was all pretty painless as we unloaded the other end without a hitch.

On the way to the start I began doing some calculations. Beyond our daughter turning 18 months next week, my pregnancy was 40 odd weeks long and I quit the gym about a year before that so we’re looking at just over 3 years since I did anything like this. Too late to turn back?

And so we were off and with just several painful plods completed I really was ready to turn back. I hadn’t actually considered that running with a buggy renders your arms, ordinarily used to propel you along, completely out of action. It’s probably why my legs felt so instantly heavy but we alternated the pram pushing each km, making it that bit more manageable. The pain seemed to quickly taper off and the endorphins properly kicked in. Oh I’d missed this so, so much.

The course gave me plenty of time to think. I’m struggling a lot at the moment. College is well and truly kicking my ass. The workload feels like fifty fold what it was in previous years and I’m now trying to complete my studies alongside a part time job, some additional freelancing and bringing up our daughter. The study feels like a huge burden. It never disappears. I’m too tired at night to deliver work of a sufficiently high standard and I’m failing assignments left, right and centre. When finances don’t allow for any additional daytime childcare for my studies, I’m spending weekends away from my family struggling to concentrate because I’m being hammered by guilt and constant thoughts of ‘what they’re up to now?’ I’m just about managing to stay determined, it’s the long game after all. But I’ve realised how much better I am at dealing with physical rather than emotional pain. Give me child birth (even with the forceps delivery!) and the three marathons in three months I completed in 2012 instead of this overwhelming anxiety any day.

That 5k Parkrun was a much needed escape. The head clearer I have probably needed for a very long time. Running was such a huge coping mechanism following Mothership’s pancreatic cancer diagnosis and heart breaking death. But as life priorities changed it slumped to the bottom of the pile. And I guess this post is a really long winded way of acknowledging that when it comes to post partum exercise, it’s only worth doing when the time is right for you / there’s a very expensive running buggy going ridiculously cheap. I had every intention of doing something so much sooner but it just wasn’t happening. But when it did, it truly was worth the wait. Last Saturday, both my husband and I agreed, was like the days you dream of on the drive home from NCT classes. An impeccably behaved child, a chance to be out in the fresh air with three of the most important people in my world, an unrivalled sense of accomplishment and eggs benedict rewards. And now to keep it up – the running and, perhaps, the brunching.

2015: when life before became so quickly forgotten

Songs to make you feel good