Yesterday I bounced out of my 36 week midwife appointment. It was the midwife appointment I feel like I’ve waited for my entire pregnancy. Holiday cover. Late 50s. So caring, so stereotypically midwife-like. She gave me more than the nine minutes I usually get. She asked me about my sister, welled up when we talked about the late, incredible Mothership, was assured by the fact Papa Walters can make a good casserole (and his involvement in nappy changing didn’t matter if his boeuf bourguignon was the business). If she told me once how incredible I looked and how excellent my blood pressure was, she told me a good dozen times. She involved me (touched the head – eek!), she explained things to me, she left me feeling like every single effort I have made this past 36 weeks has been blinking worth it. I feel ready (ish)! 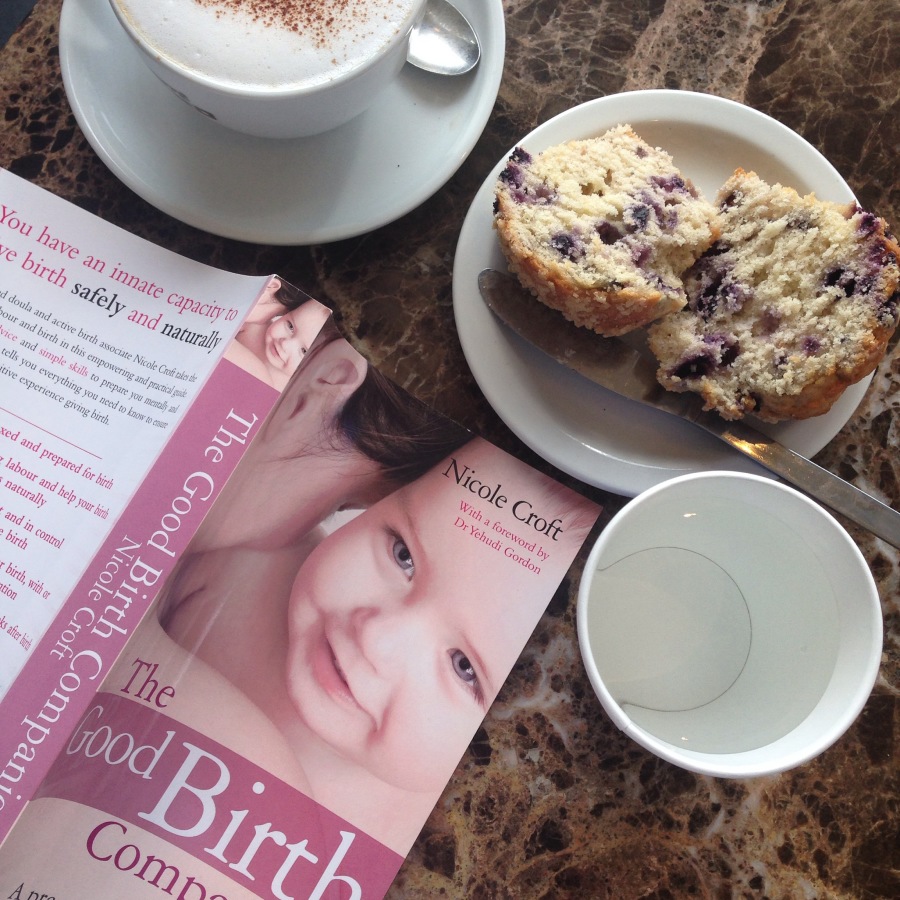 With this being my first pregnancy I signed up pretty early on to the “birth plans seem all a bit pointless. I hope to keep things as unassisted as possible but if I end up with an emergency c-section, then so be it.” It didn’t feel worth the sheet of paper I’d potentially write it on so decided not to bother. But as my pregnancy progressed I started to feel more optimistic. If things did go according to plan wouldn’t it be nice to have a series of wishes met? I’ve been reading the rather brilliant Good Birth Companion recommended by a couple of friends now and it’s made me think of so much. And realise a lot about myself. Beyond this drug and that birthing pool the book reminded me how I have a preference for darkness, how I feel really exposed when naked, that I’m often embarrassed to ask for explanations but find them hugely reassuring and comforting. So I now have a far better template in mind and a commitment to spending less time on Instagram to finish the book and pull together an outline birth plan. 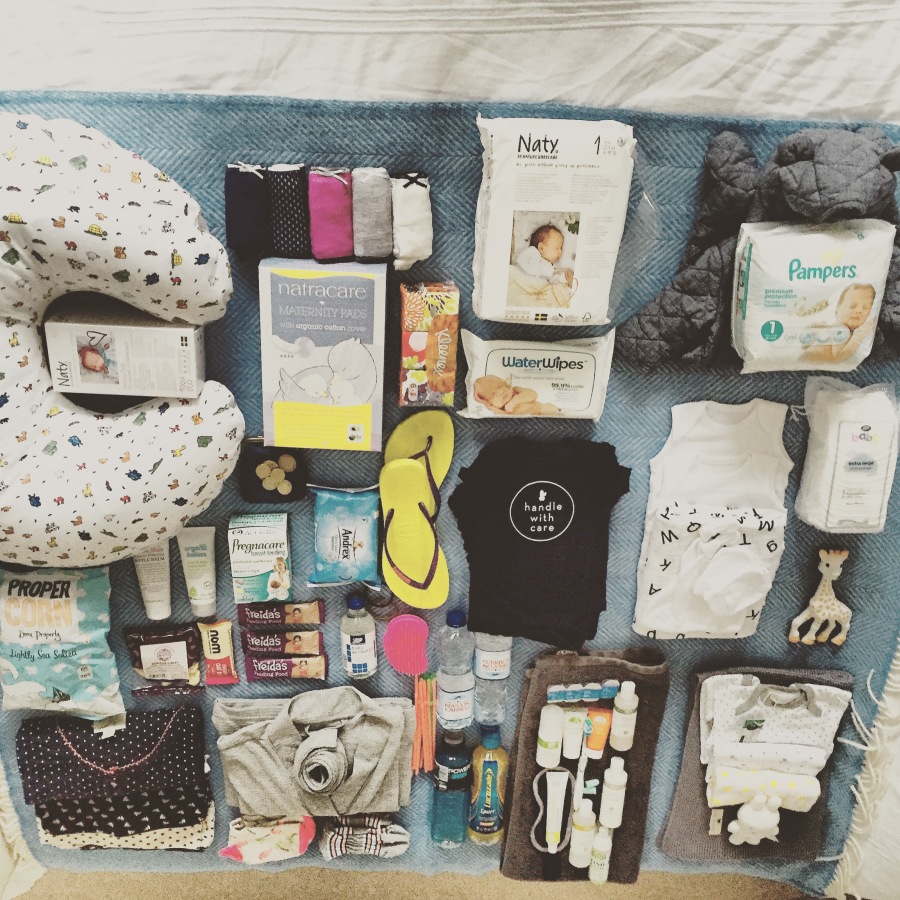 In amongst 98% of the things I’ll probably not need, there’s a giant dose of optimism and open mindedness in my hospital bag. There’s a sick and twisted part of me that’s excited to find out just how much it’s going to hurt. There’s also a lot of me that would secretly love to end up starting labour in the most unlikely of places and arriving at the hospital with nothing but my notes and a giganta pack of maternity pads. But this is me. And anyone that knows me knows equally that would never happen. I make plans about planning. I’m surprised ‘prepared’ didn’t become my middle name.

I packed my hospital bag last week and expected to feel excited. But I found the whole thing rather terrifying. I quickly became over whelmed. I felt self conscious and then angry with myself that all the special little bits I’d been collecting were all so frivolous and insignificant if things went wrong. Giving birth was going to be no holiday yet the act of bag packing nearly always signifies some sort of trip. And this was a journey like no other. The end of just me and him, the start of a life as three.

I don’t think any of this was helped by having completed the maternity ward tour at our hospital earlier in the day. I don’t have the courage for a first time home birth and I hate hospitals so I’ve felt stuck between a rock and a hard place about the birth pretty much since conception. Both the consultant-led ward and the midwife-led unit were perfectly ‘nice’. But again, I was left feeling totally overwhelmed. I could hardly concentrate to make out what the voice of the midwife doing the tour was saying [aside from a lot of “Alriiiiiigh’?”] and I became a bit fixated on the stark lighting, the bleached floors and the poor, poor lady shuffling to the exit in her dressing gown as slippers as what I suspected was the Dad marched proudly on, new baby in car seat swinging from his right hand.

But everyone’s labour is different eh? And one week on having a bag sat in the corner of our front room does feel a little bit more reassuring. I think I’ve covered everything thanks to some brilliant help. I started at Ocado, of course and progressed to an Excel from Sasha at Bliss Out NYC add to that some final thoughts from the wonderful folk of Instagram and I should be fine for a fortnight’s stay at University Hospital Wales should it come to that!

I’d almost got away with it. And hadn’t even realised it was coming. “Oh, before I forget” said the lovely Shelley at yesterday’s appointment, “I need to weigh you at this appointment.” I stepped on the scales and felt positively nothing. I looked down at the number. It was dutifully recorded and I was sent on my merry way. Still buoyed with the confidence the rest of the appointment had filled me with I felt so proud. It was such a pivotal moment in the Let Her Eat Clean journey. Along with our keenness to enjoy married life as just the two of us for a bit, a lot of waiting to attempt to conceive as and when we did was about ensuring I was in the right place to deal with all the inevitable changes to my body and that number that would glare back at me from the scales as the end of pregnancy approached. I’ve worked so hard to be kind to myself. The last time I was weighed was at our 12 week scan and everything that’s followed in between has been a commitment to kindness. I confess to eating a Chunky KitKat in the car about 12 minutes before yoga last week and bread has certainly been my pregnancy Achilles Heel. But there’s been no insatiable cravings, no sitting down with bucket-sized tubs of ice cream; there’s been a lot of what I’ve fancied with a ton of good stuff in between. I’m working so hard to grow a good ‘un and if it’s my thighs that have taken a huge hit in the process then I’m more than fine with that.

Do you have any top tips to share on this last stage of pregnancy?

**Huge and special thanks to the team at Ocado that sent me so many lovely bits and pieces – especially snacks! – that have made their way into my hospital bag. The Baby & Child department is full of many brilliant things and don’t forget, if you’re a first time customer you’ll get £20 off your shop. That’s a lot of Water Wipes!**