If there’s one thing that’s grinding my gears right now it’s sugar and how it’s currently being handled in the media.

This week, print, broadcast and online outlets will have confirmed for each and every one of us that sugar is evil. Deadly. It’s killing us – slowly, quicker in some instances. We’re addicted. It’s hidden in everything. Stop eating it now and seek alternatives, stat.

Sugar is sugar – regardless of the form it comes in

But here’s the thing, the alternatives we’re being suggested we seek out are *breaking news klaxon* just as ‘bad’. Agave syrup? Just don’t do it to yourself. A load of honey in plain yogurt because you ditched the fruit yogurts? Fine, but honey’s still sugar y’know.

If sugar (in all its many forms) went hand in hand with moderation we’d all be in a far better place. Instead, the media hasn’t focused on behaviour changes, helping folks appreciate you can’t have your cake and eat it all of the time but has suggested you can have slightly different cake.

The media has once again offered click-bait headlines, quick fix swaps and alternatives but not once stated, as wise owl Aidan Goggins did on his Facebook timeline earlier this week, that “In simple terms, carbs including sugars have a place, and are conducive to health in a balanced diet.”

Even if I do say so myself, a previous post all about carbs is probably worth a read right now.

Nature makes sugar hard to come by. Check out this video, shot on a recent holiday:

This snap was taken on the same day on a different part of the island: 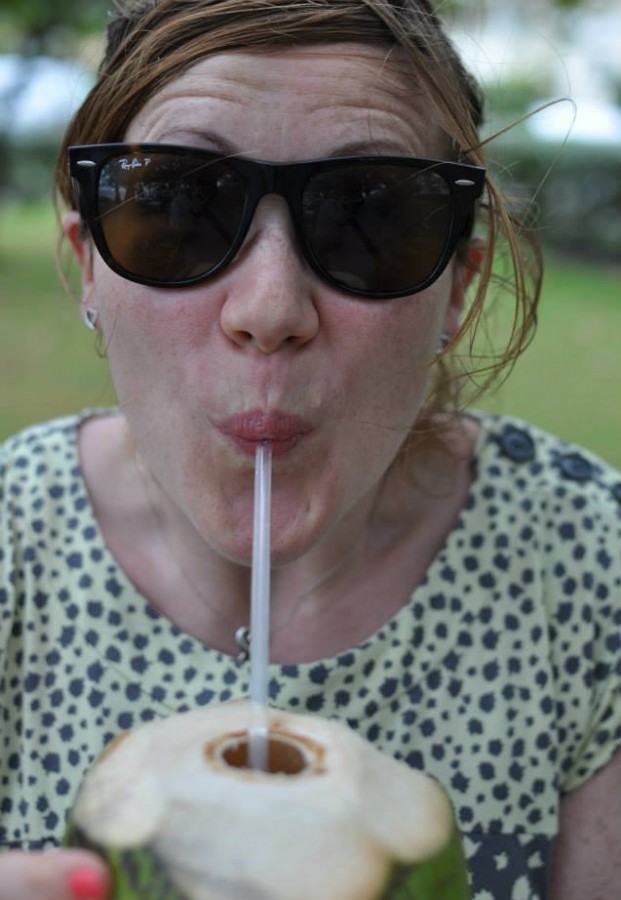 Consider the level of exertion required for that chap to get hold of those coconuts. Then, later that day, I stood by and watched another lean, muscular gent (easily 5kg+ lighter than me!) hack through the top of my coconut with such gusto I could see his bicep flex with each movement. The most exercise I got was taking $3 from my pocket and handing it over.

Therein lies the problem for so many of us. We’re not climbing trees or hacking the tops off coconuts. We’re grabbing. We’re going. We’re eating sugar-loaded food stuffs without any kind of mindfulness. We haven’t got to know our limits, or quite appreciate how much of it we’re eating all day every day.

Have you ever tried to eat just one Cadbury’s Mini Egg? Just one. I bet you can’t. They’re the Crystal Meth of the chocolate world. You’re hooked from the minute the bright yellow bag draws you into petrol filling station when they go on sale on Boxing Day. I love the things, but I don’t love how I can plough through 100g of them in as many seconds. So I hold out. I buy them when I’ve genuinely feel I’ve earned them – usually twice a year, after a sweaty work out.

In short, no birthday in my world is worth celebrating if there’s no cake. Mango is one of my all time favourite fruits and a summer without a 99 ice cream? It doesn’t bear thinking about.

Sugar comes in so many millions of guises. It’s about distinguishing better from worse. It’s about knowing when you really deserve to it. But above all, like any food, it should be enjoyed, celebrated and eaten mindfully.

Has this week’s media coverage affected how you think about sugar?

How to recover after a marathon