in Fitness, Well Being

There are 9 comments on the post! Want to get involved in the chatter? 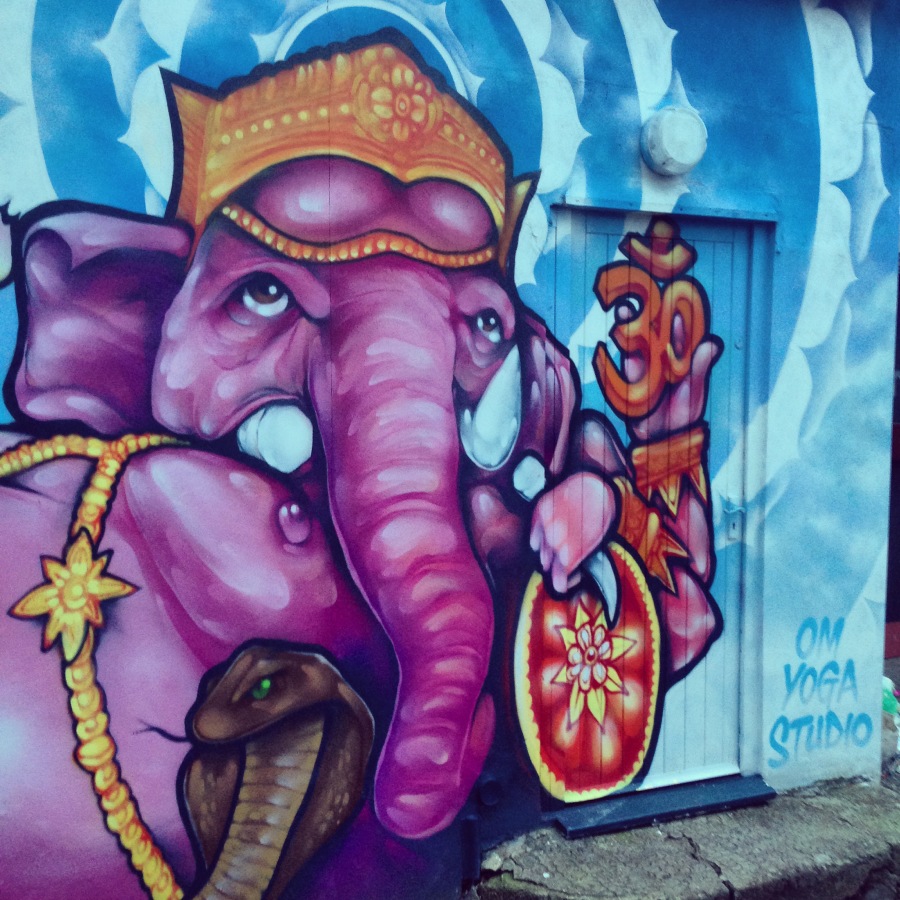 I’ve always wanted to like yoga. I liked the idea of it more than anything. Everyone that does yoga seems lovely and eternally happy. Their skin is radiant and they always seem to have so much confidence in the bedroom – in the films, at least. So I signed up for a six week beginner’s course.

2007 and living in London at the time, I started the weekly sweat around 6pm when I knew there wasn’t a cat in hell’s chance I was on course to leave the office at the required 6.30pm. I’d then race to the tube, fly down the escalator only to find the Northern Line had failed me once again and I’d need to get a bus that would average only 12 mph for the entire journey ahead of me. I’d get there (eventually) and feel an overriding sense of gratitude to the friend that had laid out my mat and gathered together whatever other paraphernalia we’d apparently need for the class. Most weeks there were about 45 of us, with another 45 in the adjacent room, only a polystyrene ‘wall’ dividing us. We’d get going, at which point I was immediately distracted by the totally unexplained white stain (hair conditioner?) that had found its way onto my black joggers from the time they left the tumble dryer and made it into my kit bag earlier that day.

Further feelings of inadequacy set in as I was quick to notice no one else in the room was actually a beginner. They’d done at least three of these courses already that year and it felt like they’d only come back to show off. It wasn’t the intro to yoga I was hoping for.

I’ve always wanted to like yoga. I liked the idea of it more than anything. Everyone that does yoga seems lovely and eternally happy. Even the NHS advises pregnant women to practice yoga so it seemed like a rite of passage along with the waves of nausea and inevitability of suffering from piles. Post first midwife appointment I tapped ‘pregnancy yoga Cardiff’ into Google and came across Om Studio in Roath. I had a quick look round the website and deemed it more than fine – some people had said nice things, the studio owner had an impressively fit for purpose name and weekly sessions weren’t going to break the bank. I was in – if only in the hope of getting a gold star from my midwife at my next appointment.

I’m now on my nineth week and, whilst I’m not necessarily any lovelier than before and certainly no more confident in the bedroom (I blame my ever widening pregnancy thighs) I am a total convert. I’ve felt so at home, I’ve quickly realised all the damage marathon running has done to my tight, tight calves but it’s been the most glorious pocket of calm, twice a week, sandwiched between all the other hours of pregnancy-associated anxieties, study pressures and general day to day worries.

The chants that start and end the class have been so soothing I want to record them and blast them out of a speaker at home to mark the beginning and close of each day. I think a lot about our unborn child in that hour and a bit; who he or she may be. We communicate silently with one another as we move through a series of straightforward, uncomplicated yet hugely beneficial poses. my calves breathing a huge sigh of relief with every extended stretch. It’s time on our own for me and that growing small person until I come home to my husband, totally rejuvenated and wax lyrical about the hour and a quarter that I was in my own little world for.

I’ve met some lovely new friends, the majority of whom are further ahead in their pregnancy which has certainly saved on reading time! They so kindly share snippets of their own journey along with friendly smiles that confirm they’re not in this to show off, we’re all in this together.

I’m a firm believer there’s a right time and place for everything. Clearly as far as yoga was concerned I hadn’t yet found mine. But, whether you’re pregnant or not and thinking about giving it a go, don’t let any Lululemon-clad preconceptions hold you back.

Are you a yoga lover too?

Huge thanks to everyone at Om Studio who has made this proper introduction to yoga such a wonderful one.

Sometimes it’s ok to take the escalator You eat carbs, do you?
Copyright © Let Her Eat Clean, all rights reserved. Site design by Neverwood. Web fonts by Adobe Typekit.