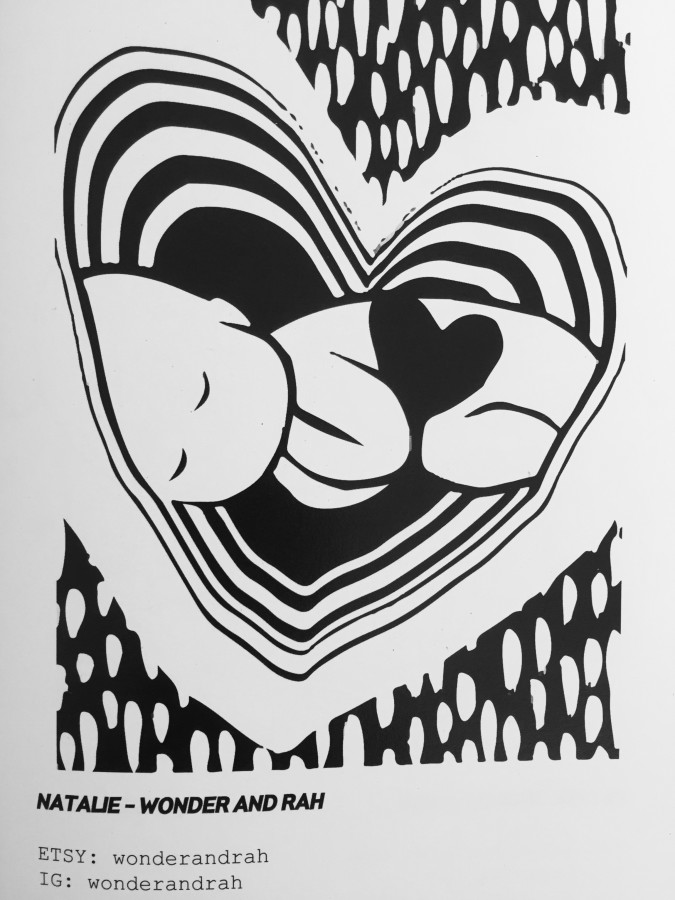 Picture: taken from The Art of Motherhood

A wise and wonderful course friend of mine, with two children of her own, lent me some of her maternity clothes back about this time last year. It prompted a lovely conversation about pregnancy and post partum bodies and how I was very welcome to hold onto the clothes for as long as I needed them. “Nine months up, nine months down” she said “And don’t think about busting your gut to do anything different” [or words to that effect]. Our daughter will be nine months old in just over two weeks.

Anyone that’s spent more than 30 minutes in my company will very quickly realise I detest diets. The promise of quick fixes breaks my heart on behalf of others as does the sheer desperation of folks shelling out hideous amounts of cash in the hope of shedding lbs not ££s! Terrifyingly, according to Intel Security , promotional sites offering to help us lose weight are the no. 1 site Brits admit they would click on to help achieve that ‘dream body’. And I don’t know about you, but those side bar ads with grotesque cartoons emblazoned with “lose belly fat” feel equally as hideous – yet this is the top term Brits confess to clicking on a promotional link for.

It’ll be two years this summer since I finally made peace with eating. Such a simple act, yet one riddled with pain and complexity for so many – myself included. I’ve always wanted children for as long as I can remember, pushing stuffed trolls (as you do) around in an imitation Maclaren. But as a young adult I knew I had to be ready for more than just the sleepless nights and in a position to cope with every bodily change both during and post pregnancy. That was going to take time and so much of my pre-conception efforts focused on being kinder to myself.

I coped far better than I ever thought I would with that 36 week weigh in and I’m proud of a pregnancy that was, nutrition-wise, a lot of what I fancied sandwiched between some wonderfully therapeutic foods that I hope will count some way towards shaping our daughter’s future health. The first time I thought about how my body looked after giving birth was once the spinal block had worn off and I shuffled to the loo. I still couldn’t make the ends of the waist tie on my dressing gown meet. ‘All in good time’, I genuinely thought.

But there really has been no time to give it a second thought. Especially not at 4am in the relentless early days as I shoveled down rounds of banana, honey and peanut butter on toast in between nursing. Five weeks post partum and that dressing gown was covering more of my modesty and my maternity jeans started to feel as they did at the start of the second trimester. At Christmas I sure as heck planned to enjoy myself but January was symbolic of a fresh start and above all reacquainting myself with the stove, dusting off the juicer and raising a glass of green pressed goodness to being out of the fog of the fourth trimester. A commitment to eating better paid so many dividends as did earlier nights, bigger lunches and lighter dinners. By default mealtimes are so much more nourishing as, whilst I’m sure she’d quite frankly love it, we don’t have caramel shortcakes for lunch anymore now Ffion’s weaning journey is well underway.

I’m typing this fluctuating between 5 and 7 lbs heavier than I was before we conceived without having counted a single calorie or parted with SMP for the false promise of a silver bullet or magic pill. I’m wearing clothes I wore what seems like forever ago and buying new ones in the old faithful size 12. We’ve walked a lot, especially since the weather’s warmed up, but that’s always so brilliant for us both and never a hardship. The only formal exercise routines taking place are for my pelvic floor. Sometimes I’ve traded dinner for the duvet but more than made up for it at breakfast. There have been no before or after shots (unlike a third of men that Intel tell me have shared pictures of themselves practically naked in underwear online!), no talk of “baby weight”, unless it’s the 7lb 11oz of sheer wonder that entered the world at 12:16pm on September 7th 2015, or *shudders* ‘Mum Tum’. I feel more confident in myself than I ever did before. ‘Project Kindness’ and parading round with the cutest baby in town (me, biased…?) has certainly given me that confidence.

**This is a sponsored post written in collaboration with Intel Security.**