There is only one comment on this post. Want to reply and get involved in the chatter? 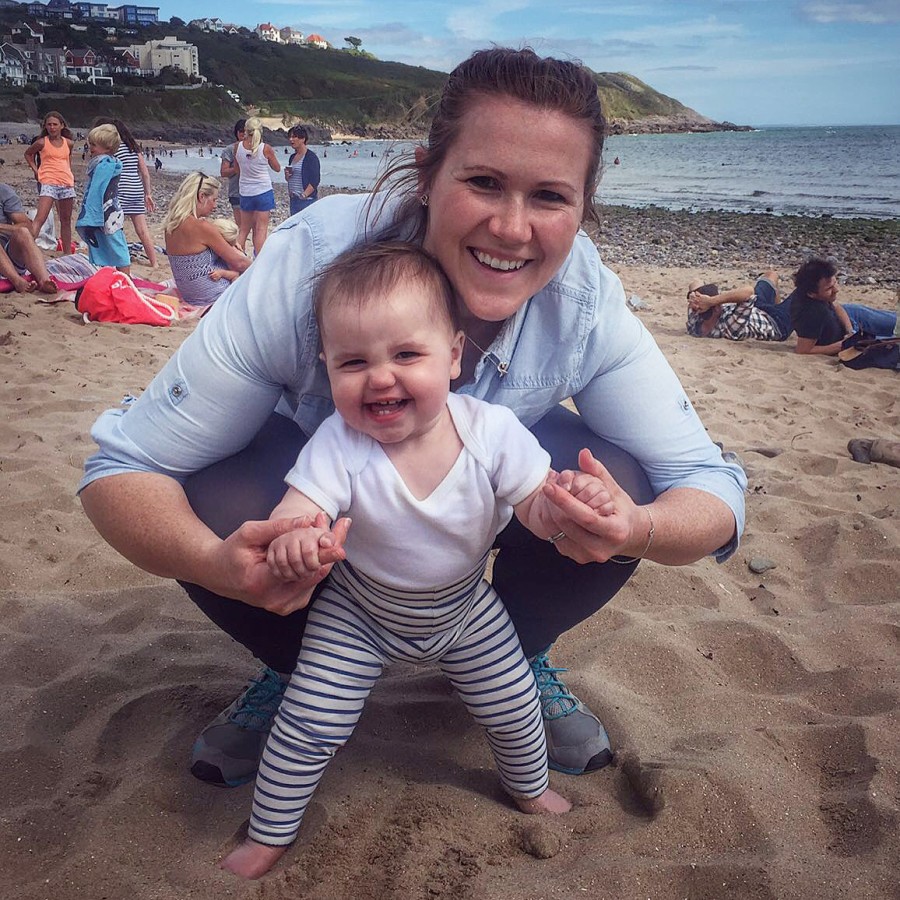 9 months came and still you weren’t crawling. 10 months 13 days and you’re on the move. I’d have done well in pregnancy to chant over and over (and over. And over) “they’re all different” in a desperate attempt to way lay parenting concerns around why you’re not doing this or that and allowing you to just be. Comparison really is the thief of so much joy. I will try harder to get so much better at not comparing.

Before moving you perfected an unrivalled reach. Go-go gadget arms, Dada called you. But once you got going it all happened in a blink of an eye – hat stands, Henry hoovers, 14.5L buckets full of a Vanish soak. You were more than a match for them all – and me! So proudly you pulled yourself to standing for the first time with the aid of the toilet seat *gags*. Every room you now enter swiftly resembles a crime scene yet you currently lack the nimble agility of a stealth criminal. You are quick, but noisy and nearly always chaotic.

I’m sterilising your bottles as you look, bewildered, into the kitchen from the hallway, one of my flip flops that I wear to put the bins out, hanging from the edge of your mouth. The toilet brush shines like a beacon; a glint in your eye. I’m warning you now, if it makes it into your mouth there might not be anyone around to make your dinner as it really will send me to an early grave. I’m also starting to wonder if you can go out of your mind from saying a firm, but fair “NO” too many times. If only I’d done some sort of pre-record during pregnancy and the TV bellowed “Noooooooo” as your sticky little mitts pawed their way across the screen.

For every morsel of thrown food, at mealtimes, you show me unrivalled affection. Like a hopeless romantic you run your buttery crumpet fingers through my hair. Yet oddly, never on a day where I’ve hit the Batiste, always, always when I’ve taken the time to give it a proper wash. You’re swift to throw sea bass over board yet devour toilet roll with such zeal. I admire your commitment to a left over, Mama’s resourceful little child; you come into your own at parties as you mine sweep every discarded paper plate within your reach. You’ve turned your hand to beach combing too and how that windpipe sized pebble didn’t result in some trachea trauma, I’ll never know. My heart has just about found its rightful place again having spent far too long in my mouth that day.

It’s been three months of getting wiser, for both of us, that’s for sure. But you clearly know so much more than I give you credit for. At morning nap time I only have to hit the second from bottom step with you in my arms and you start creating. Sleep resistance is your forte (and then some). You of course learned to stand in the cot before we’d got around to lowering it. Everyone warned us, but it always seems so far off and everything else, as usual, just takes over. Guaranteed next day delivery was made for stair gates and cupboard locks. The days are long but the years are short; I still squeeze you into some of your very first knitwear in a desperate bid to cling onto my baby. That GAP 0-3m cardigan is now on minus cost per wear. It’s been a month of so much development where shouts and very small amounts of speech are replacing the way we used to communicate solely with our eyes. It’s not just the peace and quiet I miss.

On some days your protestations are wildly amusing. You just have to catch a glimpse of my wallet or the car key and you’re kicking off. Other mornings I wake, having barely slept, with paper thin patience. Sometimes you are poorly and seek the comfort of mine or Dada’s arms for the entire duration of the night. Other times it’s life that weighs heavy. An estranged Father; a dead Mother. No work; not always the time to play. An eternal eagerness to please; behaving like a rubbish friend to others in between. Yet beyond those occasional (and thankfully they are not frequent) episodes of totally unravelling you have been the making of me.

You have revealed vital weaknesses that marathon running, striving for academic accolades or career challenges never threw up. Diarrhoea and vomiting for parent(s) and child is both a rite of passage and an ultimate test of endurance – and character! One year on and you’ve given back so much, as have so many others who have stood beside us. We could ask for no more of Dada. Although it’s been twelve months and he’s still not found the courage to cut your finger nails or perfected the art of the “quick rinse” in the shower. He nor I can find a Calpol syringe at 2am despite our collection of a good couple of dozen.

I have lines of my face that make up scenes from the most enchanting, unimaginable script. Motherhood is a trip. Air mile equivalents amassed along the way in the form of triple Boots points, “we survived yet another week in the swimming pool changing rooms” badges of honour and copious coffee shop loyalty cards. A wardrobe full of Mama Merch reads like a roll call of all the Instagram sistas that have shown their support from afar. Twelve months, darling girl – been there, done that, got the t-shirt. Yet there’s still so much wear to be got out of that old rag. We are occasionally worn but we are ready; ready for whatever yet another year has to throw at us.