We recently spent two weeks with two really good friends. It’s safe to say our insanely accommodating hosts learned even more about me in those two weeks than they already knew. Oh, it’s ok, they always knew I was high maintenance. And that becomes even more acceptable after 24 years of friendship when you’re impeccably clean and tidy and like spending lots of time cooking in their kitchen. But what about the time you spend attached to their Internet connection?

“What would you do if we didn’t have WiFi?” said one of our hosts one lazy evening after sun down.

It startled me a bit. Was I really spending that much time online? I mulled it over for the remainder of the trip.

WiFi is without doubt my comforter of adulthood. Like when you were a kid, that cuddly toy or blanket that went everywhere with you. Even when you were safely stowed in your parents’ arms or having the time of your life on a school trip away from home, you still needed that comforter. 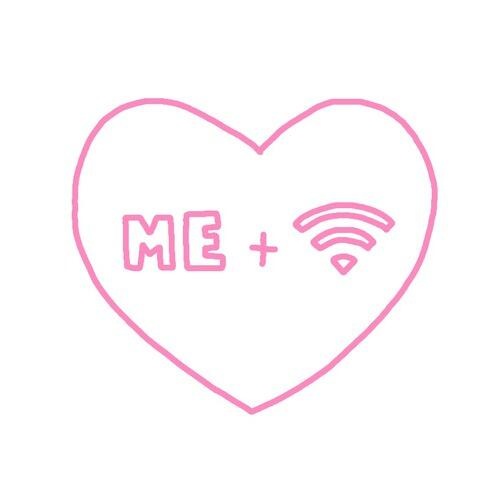 My closest friends are now predominantly online friends. The relationship wasn’t necessarily established online but it’s now where we hang out together most often. Where geography and time zones don’t matter, where there’s rarely a need to factor in a hair wash before we get together and it’s ok to dash without properly saying good-bye or tipping the waiter.

My sister and I are thick as thieves but when we get together in person, we revert almost instantaneously to that point scoring, rib poking, general irritation of our far younger days. We don’t always talk about ‘proper stuff’. But email? Email changes the dynamic between us hugely. Sometimes it’s all a bit transactional but more often than not it’s a chance to open up, get it all out; share-moan-shake it off-move on. I know she reads my Tweets religiously (someone’s got to eh?) so quite often those 140 character musings will be just for her. The mundane stuff that doesn’t necessarily warrant the ping of an email but fills in the gaps and colours the days we so often spend apart.

And what about the relationships that do start online? Folks that you’ve come to confide in, ask help of, learn from and learn about via the channels they choose to share from? In those cases, it all turns on its head a bit, I guess.

I spent a blast of a Saturday evening with four others that I last met (three out of four for the first time), in person, in September of last year. I know a fair bit about each of them which negates any painful, small talk intros and slow conversation starters but what I loved most about this weekend was the little treasures I’ve taken away with me that only revealed themselves as a result of this in person get together. Glorious shades of their character and personality I’d not necessarily had the privilege of seeing before.

Coming back to the friends we recently spent two weeks with, as a general rule I don’t miss them or begrudge them the fact they now live thousands of miles away. Facebook updates, Skype calls and occasional emails that intersperse their frequent trips home more than keep me going. But the ‘good bye’ at the airport this time was brutal. It hurt for days. No Skype call was ever going to match up to the ‘D&M’ reminiscent of our teenage years that we shared over vegan brunch.

So what’s the right way in all this? Once again it probably all boils down to knowing when to turn off. Fully embracing the moment you find yourself in – be that online or offline. Giving your present company your undivided attention. Not filling those short gaps in between courses, board games or TV shows with a casual check of your phone. Likewise, not cooking the dinner (/ burning the bolognese sauce to the bottom of the pan) mid Sunday lunchtime Skype call.

Are you someone that struggles like this? Is online sharing starting to get in the way of the good, offline times?

Let Her Get Cosy: The Shelfie
Copyright © Let Her Eat Clean, all rights reserved. Site design by Neverwood. Web fonts by Adobe Typekit.