How to love the life you live

in Mindfulness, Well Being

There are 17 comments on the post! Want to get involved in the chatter?

On our bathroom window ledge resides my favourite of all those positive affirmations that do the rounds on the Interwebs:

“If you love the life you live, you will live a life of love.”

It would probably look nicer in the living room but, what’s the first thing you do of a morning? Hop out of bed to spend a penny, right? And what better words to be greeted with to start the day?

I’m so often called out as one of life’s insanely positive, smily people. I know I rub a lot of folks up the wrong way with my ridiculous cheeriness (especially first thing in the morning) and the extent to which I get excited about even the most mundane of things is exhausting for many. Regardless, I’m proudly positive. I’m also a little bit loopy.

Take this week for example. I volunteered to dress up as a blood clot to raise awareness around DVT. Wearing nothing but thin sleeves and lycra tights I took to the runway at Cardiff airport as it started to hail. Everyone looked on with pity. “You poor thing, having to do this.” But I reminded them, I’d volunteered to do that. It was fun, it was silly, it was supporting a brilliant cause and it was a random life experience that I’d never get to do again. That said, my clot like behaviour came so highly commended I may get the gig again some time… 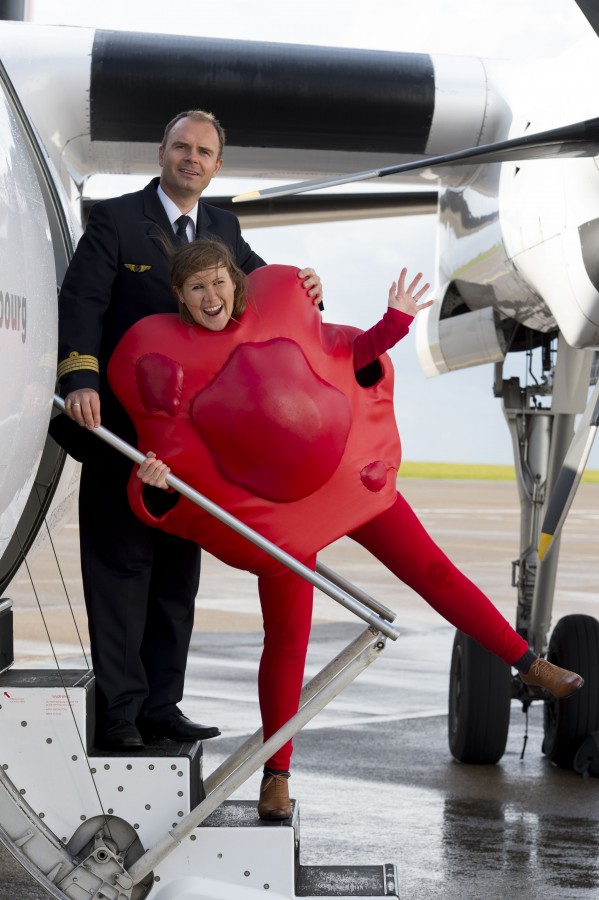 Told you it was brilliant – also, see wet patch on knee. Lost my balance just prior, rolled around the runway like a dead fly. Brilliant it was… Photo Credit: Matthew Horwood

Life isn’t always peachy. So many things are often sent to try us. Daily, I stick a metaphorical two fingers up at this big bad world. But, what arises, ceases. That moment will, in time, pass. Some times I’m better at acknowledging that than others but today I’ll try especially hard. It is (would have been? How do you ever properly phrase these things?!) Mothership’s birthday. The second year we’ll celebrate it without her. That’s rubbish. But we’ll celebrate nevertheless. Together we embrace life in her honour. We do all we can to love as much of it as possible and here’s how:

1. Get some perspective that allows you to appreciate the little things

Last week the clutch and gearbox went on the car. There was a glimmer of financial hope when it was sent to auction – but later rejected and sold for scrap. We’ve parted with more on a meal out than we got for that car in the end. But I didn’t care. Days before I clocked up a shift on Cardiff’s streets selling The Big Issue alongside Ahmed. Every. single. day he does that. Hours on his feet as the seasons change. Every. single. day people ignore him. Others can be more polite and proffer a “no thank you” as they walk by and mindlessly dump more than the cover price on a grande extra hot skinny wet decaf latte next door. His concerns run far deeper than mine. For every meal I’ve eaten, every good night’s sleep I’ve enjoyed, every easy ride I’ve had since Ahmed and I met I’ve been so seriously grateful. 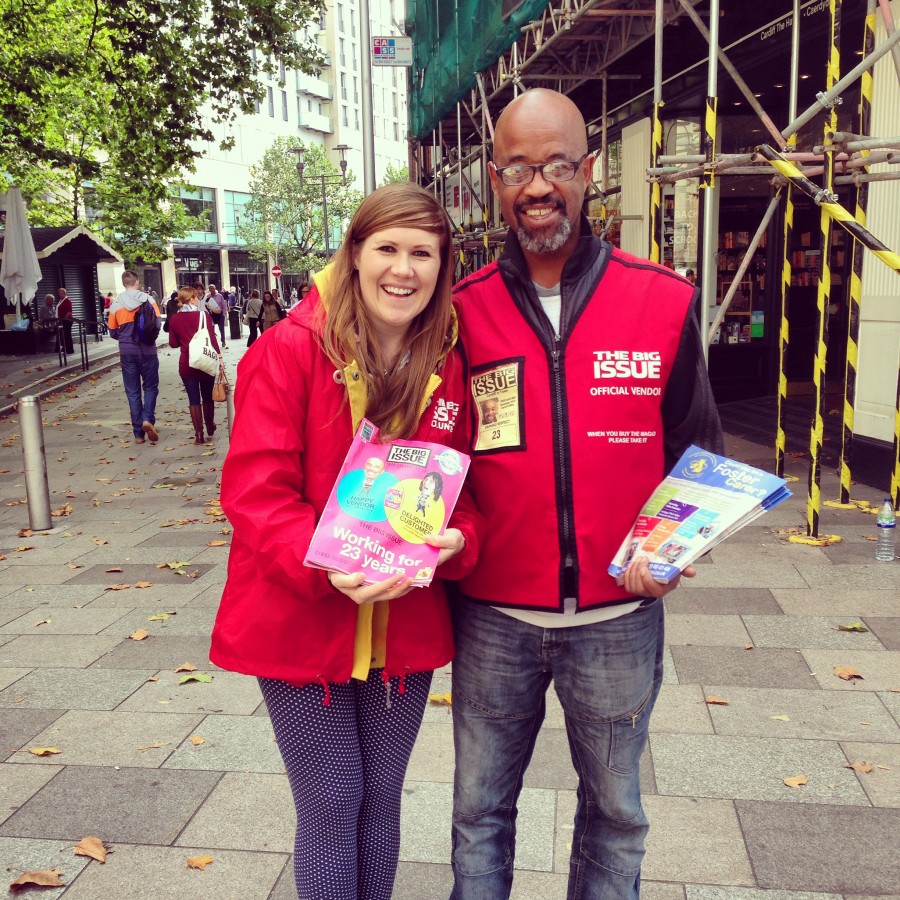 Chances are someone has been here before. And they’ll be the first to reassure you it got better. And better. And if they haven’t? They’ll be heck of a lot more forgiving when you fly off the handle at the printer running out of paper (GUILTY!) than they would have been previously. Forewarned is forearmed and all that.

3. Go for a walk or better still a bike ride

Put one foot or pedal in front of the other and pace it out. The fog in our mind clears as the body moves. I’m convinced far fewer walls would have been punched if there had been the opportunity to get out for a walk sooner. Take time to appreciate the great outdoors.

Feed your mind. This entire blog is a celebration to just how awesome food can make us feel. Strong coffee and a decent bit of protein will see you flying to your desk / out onto the school run / into the classroom first thing. Load up on an equally nourishing plateful at lunchtime, allow yourself the time to mindfully prepare dinner.

One of the cheapest forms of pampering I can think of. This big bad world won’t take you seriously if you attempt to stand up to it with a greasy / dry shampoo encrusted barnet.

6. Turn some of your favourite music up really loud and sing

Sad songs. Happy songs. Hideous songs. They all work. I promise. The less vocally talented you are the better.

7. Hug someone, hold someone you love real tight

There’s science behind this. Do some research around oxytocin. That stuff is so wonderfully potent. And hugs are free.

8. Treat yourself to something indulgent that won’t break the bank

You really do deserve it. Whatever it may be. One person’s indulgence might be another’s staple and vice versa but go on, you’re worth it…

9. Wrap your hands round a warm mug or bowl of something

Tea, not necessarily coffee. A hearty broth. A bottomless vat of porridge. It warms both the body and the soul.

10. Grant yourself that bad day you’re having…

…but draw the line and move on.

Are you loving life right now?